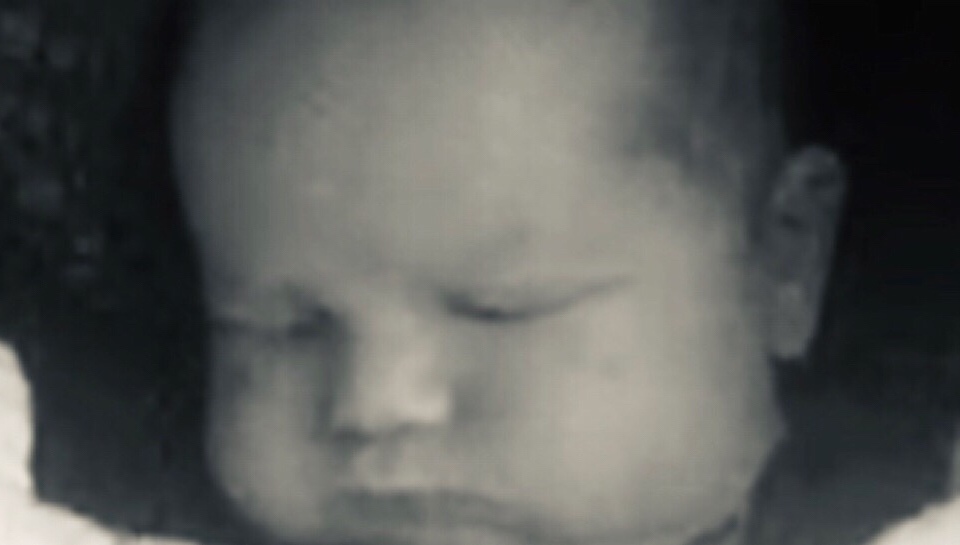 When you were born Feb. 20, I was elated. A lot of things ran through my mind at once when I thought about you, mostly pride and a plan to travel the length of the country twice in a weekend to see you.

My pride has only deepened in the six days you’ve been here, especially since I heard you’ve already peed on your mama.

My plan didn’t happen, but there’s another one in the works and we’ve been officially introduced on FaceTime.

Since I wrote to your sisters shortly after they were born, I thought I’d try to write down some things you might need to know about life.

This world is a strange and scary place sometimes, but your family will help you get used to it.

Your parents already have plenty of experience since your twin sisters came along a year and a half ago. Your sisters have loved you from the first time they saw you. They’re pretty protective of you, too. When you cry, they both run over to pat you on the head and tell you it’s OK. It’s amazing.

Your mama told me you ate for at least an hour and a half in one sitting the other day. You take after me.

When you’re older, we’ll talk about ribs and how you can never go wrong with fried chicken.

Most fruit is good, though tomatoes are useless unless they’re fried green or gravy.

People will talk to you about vegetables. Most vegetables might as well just be rabbit food, but there’s an exception to the rule and fried okra is it.

It’s almost too good to be in the same category as that other roughage. I’d say collards are, too, but you can’t trust just any collards.

You sure can’t trust cabbage or Brussels sprouts. They’re traps, plain and simple.

If you do happen to get tricked into eating them, you may or may not have to spend three days out of school quarantined in your room.

School is something you really won’t have to worry about for a few years, but it’s never too early to talk education.

Your parents are smart. Your daddy’s a dentist, and your mama’s a valedictorian who earned a biology degree.

They applied themselves a lot more than I did.

I wish I’d done better in school, but it turns out every day of your life is a chance to learn.

Read. Write. Look around you, and don’t stop learning.

You’ll make plenty of mistakes, but don’t beat yourself up because of them.

Each time you make one, learn from it and use it to help you become a better person.

If a mistake doesn’t make you better in the long run, it’s a wasted opportunity.

You’ll have plenty of successes. When you succeed, stay humble.

I’m sure you’ll hear a lot about how messed up the world has become, but don’t ever let the bad drag you down so far you can’t see the good.

Remember, there’s always a bright side. Sometimes you just have to look harder to find it.

Be yourself, and don’t stress over what people think about you.

Be a person with a goal to make someone else’s life better every day you’re alive.

Never believe you’re better than anybody else, and never look down on someone who’s different than you.

If you ever play a sport, play for fun and forget about stats.

Hand the ball to the ref and hug your teammates.

If someone always gets picked last, never miss a chance to pick them first.

When life knocks somebody down, be there to lift them up again.

Be a friend to boy who’s alone.

Save a dance for the girl who doesn’t have a date.

I’ve never been very good with women, but I’ve figured out if you pay a little bit of attention you can learn a lot.

Looks will probably be the first thing you’ll notice about a woman, but when you’ve had time to grow up you’ll see they’re far from the most important thing about her.

This world does everything it can to tell a woman she’s not good enough if she’s not a certain size, if she doesn’t have the right body type or if she doesn’t look like the pictures of models in magazines.

It puts pressure on her, and it tells her she needs to change if she doesn’t fit a mold society says is beautiful.

Be a man who assures her society’s standard is insane, fake and foolish.

Be a man who helps her see she’s beautiful because of who she is, not because of the number on her scale or the size of her clothes.

Support her. Encourage her to go for her goals. Let her strength help you meet yours.

Pray with her. Pray for her. Help her grow closer to God.

I regret some things I’ve said and done because I know they led farther from Him. You be better.

When you take her on a date, hold the door for her. Pull out her chair. Pay.

She doesn’t need you to do all of those things. She can do them herself. Do them anyway, out of respect.

Treat her like she deserves the best, because she does and always will.

If she likes flowers, buy her favorite. Buy them often and for no reason.

Take time to get to know her. Learn about her. Spend time with her.

Don’t be afraid to fall in love. Even if it doesn’t work out, you will learn something from it.

Don’t confuse love with something else.

This world will tell you love is a feeling. It is not. Love is a decision, a commitment to always put her before yourself.

If you marry her, stay faithful forever.

Take her on dates, even when you’re so old the only places you can go are the rocking chairs on your front porch.

Hold her hand until your last breath leaves you.

When you grow up, you’ll learn more about death.

This isn’t all there is.

Heaven is real. Hell is, too.

When our lives in this world are through, we’ll live forever in one place or the other.

We all deserve the second one, but God loves us enough to provide us a way out of it.

His name is Jesus.

You’ll hear people say there are other ways to Heaven, but there are none except Him.

I’m not going to lie to you, this world gets darker by the day. It’s upside down. Wrong is considered right, and right is considered wrong.

This world doesn’t want much to do with Jesus, but I hope you’ll be different.

I hope you’ll surrender your life to Him.

When you do, life still won’t be a bed of roses.

People may not understand the choice you make, but in the grand scheme of things it doesn’t matter what people say about you.

3 thoughts on “Life tips for my nephew”