Tales are meant to entertain, and sometimes inspire.
Every once in a while, the same one does both.
Such a tale happened to me last weekend when I crossed the bridge inside Orr Park.
It is a tranquil trail tucked away in Montevallo, Alabama, but unique features make the park stand out among places to take a stroll.
A small creek flows in front of the park, and a wooden bridge leads to the trails.

When you cross the Orr Park bridge, keep your head on a swivel.
If you don’t, you’ll most likely miss one of the Tinglewood Carvings.
Tim Tingle etched carvings into more than 30 dead trees inside the park, and he gave each one a new life of its own. 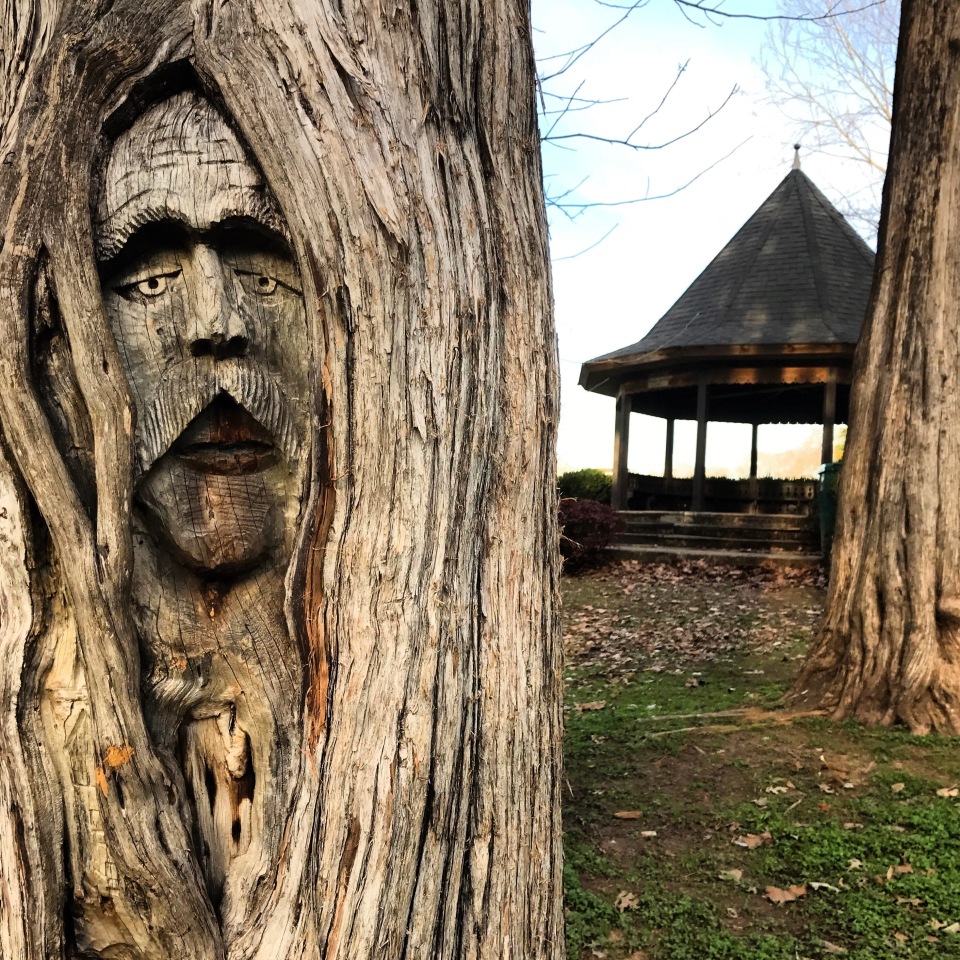 Faces emerge from trees guarding the gazebo, totem poles stretch toward the sky and new expressions greet people on the trail around every turn. 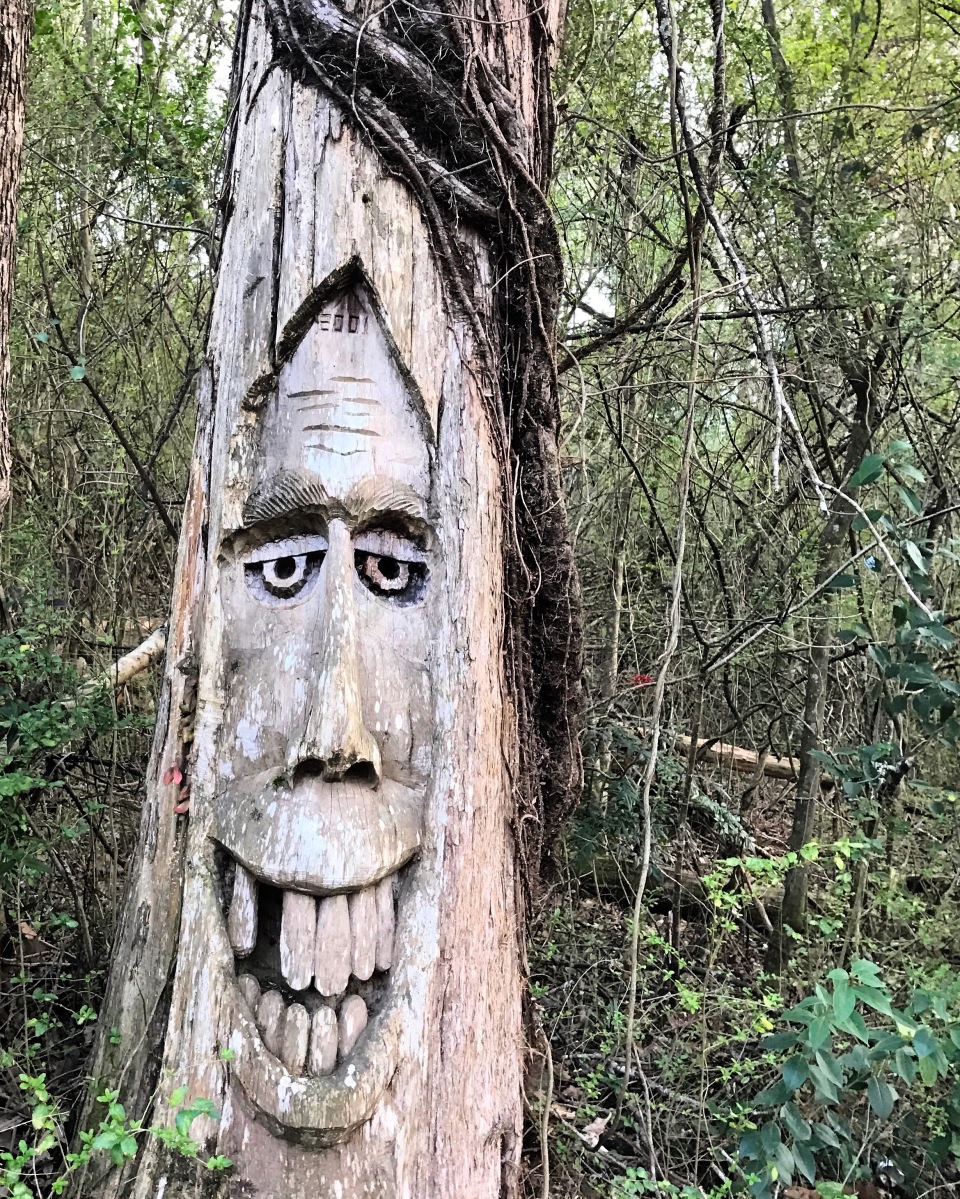 Some appear happy, and some are melancholy. Some are angry, as if trapped within the tree. 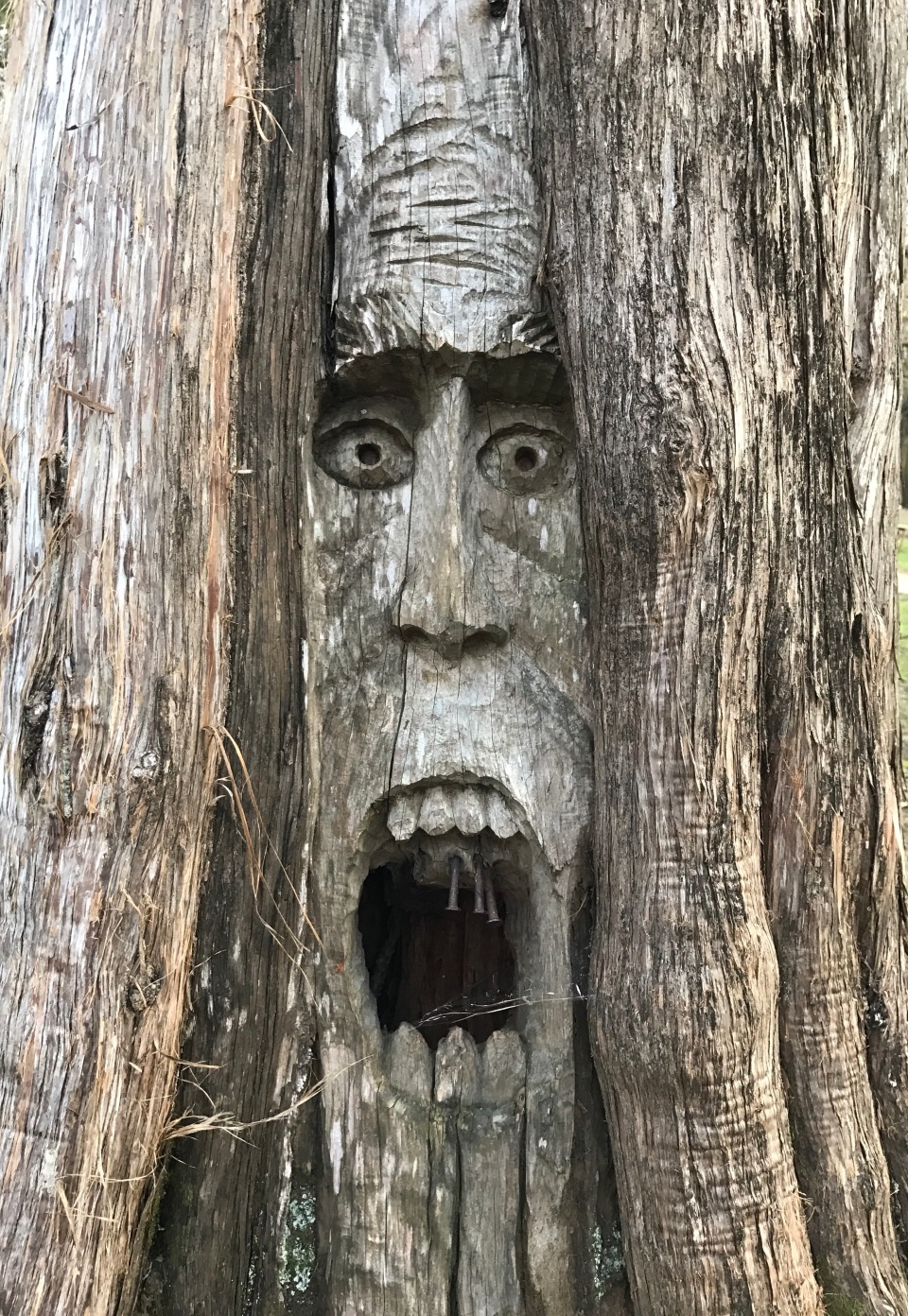 There is a troll, a dragon and even a wizard along the trail.

There are alligators, owls, a lion and much more to see.
While I was entertained by a carving of a fish eating a snake, the inspiring chapter of my adventure began. 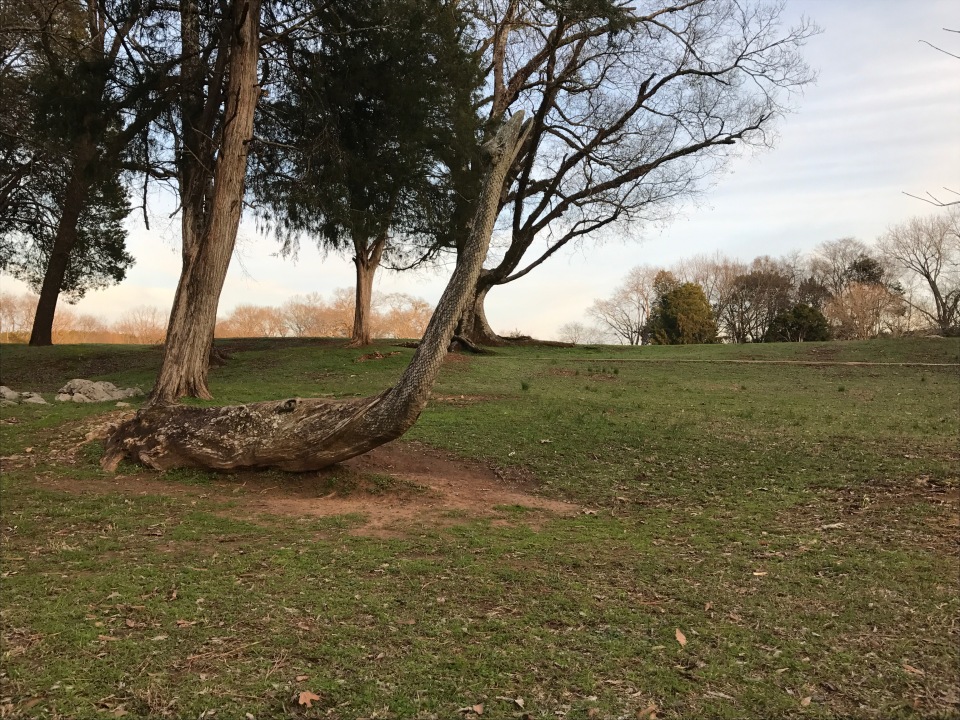 Before I snapped this picture, I heard it.
“WHAT HAPPENED TO YOUR LEGS?”
The voice carried across the trail. I figured it wouldn’t be wise to continue the conversation at the same volume since I had already watched other people enjoy their own walks among the trees.
I turned toward the sound, and then walked toward a man who stared at me from his spot in the shade.
When I finished my approach I noticed an expressive face in the tree he stood beside, and I wondered if the man caught my chuckle.
I told him I have cerebral palsy, I was born with it and didn’t manage much else before he launched into his own story.
He said he’d a tree surgeon, once upon a time.
He’d been 40 feet above the ground, and suddenly, he said, he plummeted from the towering tree.
When he told me people had to dig him out of the ground below, he reached into his jacket and pulled out a picture.
“This is where I landed, and these are where my feet were,” he said while he pointed on the picture to indentions in the ground. “Here’s where my hands were.”
I managed a wow.
He turned around, reached into a plastic bag he carried and tossed a piece of bread into the water before he told me he’d been taken to the hospital and placed on life support.
He explained how his family was told the situation would end.
“They unplugged the machine, and God plugged in,” he said through the wide smile on his face.
The man said the fall gave him neuropathy and cost him his career.
His hand went into his pocket and came out again with a pill caddy loaded with medicine. He said he has faith the feeling in his hands and feet will one day return.
Until then, he said he walks the park each day and feeds the fish with a 99-cent loaf of bread to do something constructive with his time.
“If it hadn’t happened to me, I wouldn’t believe it either,” he said. “Don’t give up, don’t give in and don’t give out.”
I continued along the trail through the trees, and I chuckled again at how willing he was to tell his story.
We all have a story.
Each of our stories are as different as each of the carvings in the trees at Orr Park, but we shouldn’t be afraid to tell them when the opportunity presents itself.
No matter how your story goes, there’s always a chance it will inspire someone else.
Any story with the ability to inspire is a story worth telling.