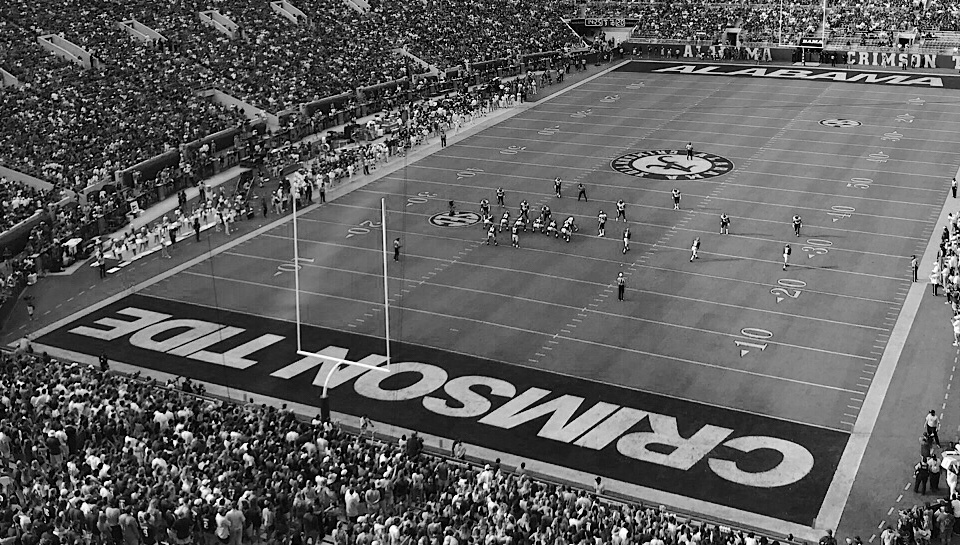 [I]f you need proof some people will never be satisfied, look no further than sports talk radio.

The other day, someone called into a show and said the University of Alabama’s football team is not good.

I couldn’t believe my ears.

You may hate Alabama’s football team. You may be tired of all of the talk about the Crimson Tide and all of the wins it has reeled off in the last decade.

You may love Alabama. You may wish the program would roll on at its current pace until the end of time.

However you feel about Crimson Tide football, one thing is for sure.

We are in one of the greatest periods of dominance by a program in all of college football, if not all of sports.

Whether you love or hate the Tide, it is next to impossible not to respect what its coaches and players have done to bring Bama back to the pinnacle of college football.

Alabama is the top-ranked team in the country and has outscored its oppenents 215-51 in its first four games this season.

Such a margin is not enough for some people, apparently, which brings me to the aforementioned phone call.

I don’t remember the exact comments, but they were something along the lines of how Alabama is not good because it must not be able to block as well since it couldn’t run the ball against the Texas A&M and is losing its identity.

The caller, who was said to be from Alabama, went on a rant days after the Tide picked up a 45-23 win against the Aggies last Saturday.

I watched the game from the stands.

I’ve never played a down of football so I always tell people to take what I say about it with a grain of salt, but from what I saw there’s no doubt about Alabama’s identity.

The doubt in the caller’s mind is simply because Alabama’s identity is a little different than it has been in years past.

This season, the Crimson Tide has imposed its will against some opponents, and it has also been able adjust on the fly against others.

Texas A&M made a point to attempt to stifle the Crimson Tide’s ground game with a stacked box, which opened up the pass.

Alabama took advantage and piled up 415 of its 524 total yards through the air.

It did not surrender a sack, which tells me the offensive line and backs did a pretty good job in pass protection.

The Crimson Tide’s defense also adjusted to the athleticism of the Texas A&M quarterback Kellen Mond. Mond ran for a total of 98 yards. He had 112 on the ground at halftime.

Alabama adjusted at the break and recorded five of its seven sacks in the second half.

Here’s my advice to Alabama fans.

Your team is 4-0, first of all, and none of its games have required you to bite your nails.

Your team’s offense is more potent than any Alabama offense I’ve seen in my life, and the pace at which it scores points should be all of the evidence you need about its identity.

Your team can block, run, throw and play defense.

I don’t really understand why you’d have much of a gripe about it at all.

Maybe some people who will never be satisfied will always look for a reason to complain.